In order to bring about major and sustained growth in the Industrial Biotechnology sphere in Scotland, the IB Innovation Centre was formed earlier in the year and now MBL is playing a very active part to help IBioIC realise its goals with the appointment of its founding directors (Douglas Macinnes and David Mackie) to the IBioIC Scientific and Commercial Advisory Boards.

MBL attends the SeaBioTech annual meeting in Reykjavik and presents various candidate “novel marine products” found not so much in seaweed species, but on them. This potentially gives MBL another future product stream, and work will continue within the SeaBioTech project until mid-2016 at least.

Development of Other Seaweed Components

To move its efforts forward in other seaweed components (beyond alginate), MBL kicks off a significant product development programme which is aimed not only at other components, but also at its core products, alginate, as well. The key goal is to develop processes for other components which won’t impact, but potentially augment, MBL’s new alginate process.

MBL grant supported by the TSB 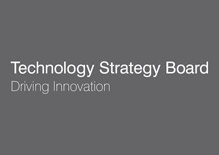 MBL finishes that part of its Alginate Pilot Plant project which was grant supported by the UK Government’s Innovation Agency, the Technology Strategy Board (TSB). The grant, which was awarded in 2012, was under the SMART R&D Prototype category, and it was of significant help in confirming MBL’s alginate process at a larger scale, and also in defining END_OF_DOCUMENT_TOKEN_TO_BE_REPLACED